There are no products in your shopping cart.

Join us for News and Events 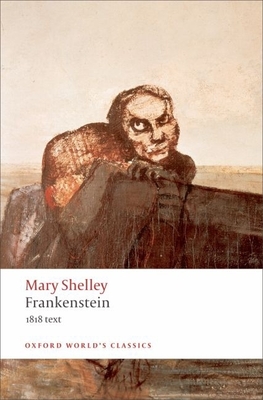 By Mary Shelley, Marilyn Butler (Editor)
Email or call for price
Out of Print

Shelley's enduringly popular and rich gothic tale, Frankenstein, confronts some of the most feared innovations of evolutionism and science--topics such as degeneracy, hereditary disease, and humankind's ability to act as creator of the modern world. This new edition, based on the harder and wittier 1818 version of the text, draws on new research and examines the novel in the context of the controversial radical sciences developing in the years following the Napoleonic Wars. In addition it shows the relationship of Frankenstein's experiment to the contemporary debate between champions of materialistic science and proponents of received religion. About the Series: For over 100 years Oxford World's Classics has made available the broadest spectrum of literature from around the globe. Each affordable volume reflects Oxford's commitment to scholarship, providing the most accurate text plus a wealth of other valuable features, including expert introductions by leading authorities, voluminous notes to clarify the text, up-to-date bibliographies for further study, and much more.